In hard times, trees have shown that they give shelter, medicine, meals, and other things needed for our survival. However, around 30 % of the Earth's land is under desertification, meaning the land is dry, and there are no traces of life there. Desertification has been described as “the greatest environmental challenge of our time and trees are crucial in the battle against it.

By definition, it means a place that looks like a desert. As we all know, deserts are not likely to be a home for many species due to the hard conditions, such as having no water, extreme climate changes, and basically - no life conditions.

The results that come from desertification are devastating, as they ruin the ecosystem in the area. This means that the vegetation of many species is ruined. Unfortunately, this is the case in many countries around the world nowadays. For example, in Africa, there are around 80 million hectares of land currently facing this issue.

The consequences of desertification are devastating for the ecosystem and result in reducing the land’s resilience to climate fluctuations, damage of vegetation and lead to famine. Desertification is a big issue facing many countries. In Africa there are more than 80 million hectares with sandy areas. Desertification is a really important issue, it causes losing important biodiversity, resources and ecosystem.

Desertification ranks the greatest environmental challenge at present time. In 2007, the UN General Assembly declared 2010-2020 the United Nations Decade for Deserts and to fight against Desertification by planting trees.

197 parties included in the United Nations Convention to Combat Desertification (UNCCD) project for working together in restoring soil productivity, maintaining agricultural land and to mitigate the effects of drought in drylands. 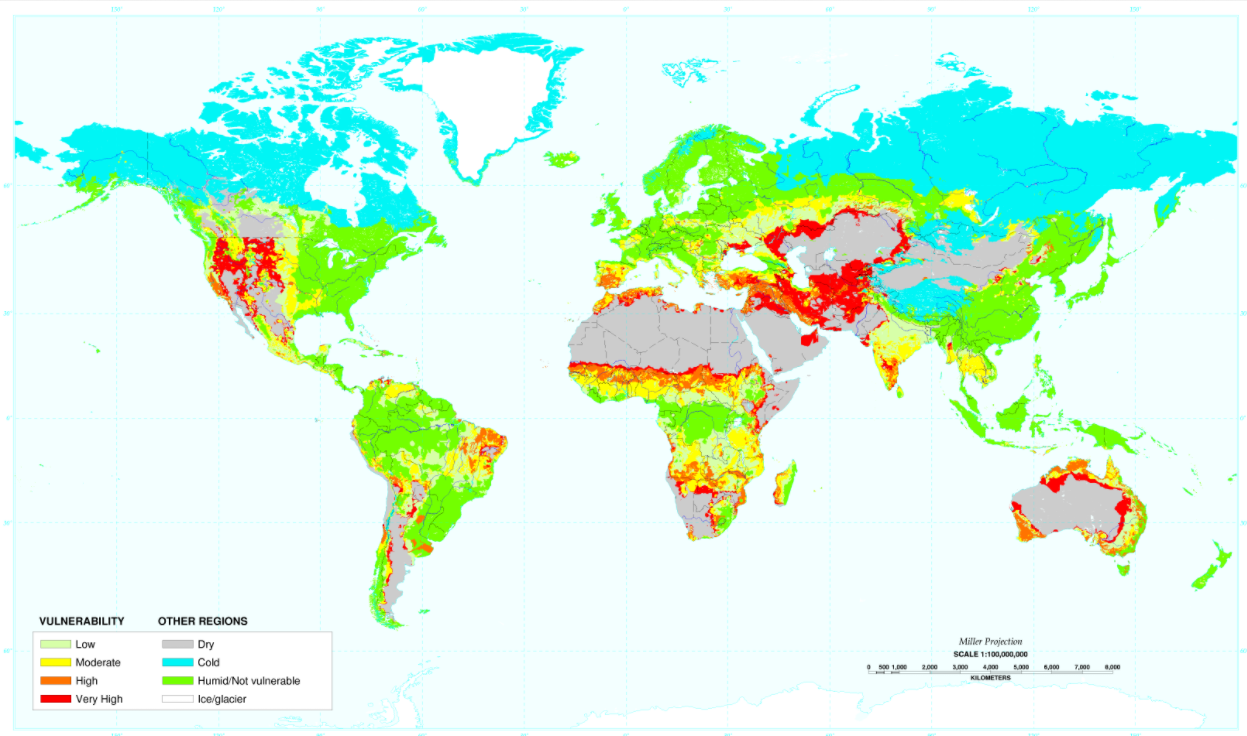 This is why we plant trees

The size of the forests is even smaller every day in a record time. Some reforestation campaigns have been trying to prevent deforestation and with that, the climate changes that come with that. For example, China has emerged as a leader to increase reforestation, as many countries have joined the campaign the Chinese government has recently started.

We are all aware that trees mean clean air and water, especially in Africa, as they battle a serious problem with polluted water and deficiency of forests.

West Africa and Ethiopia are some of the countries with serious desertification issues. These areas are in desperate need of trees and they try to plant as many as possible and protect what is left from their forests and wildlife.

For the past 60 years, this has been, by far, the worst battle with desertification in Africa. Some environmental agencies and non-governmental organizations are working as hard as possible to help some areas that are in great danger, by sowing seeds or growing seedlings. 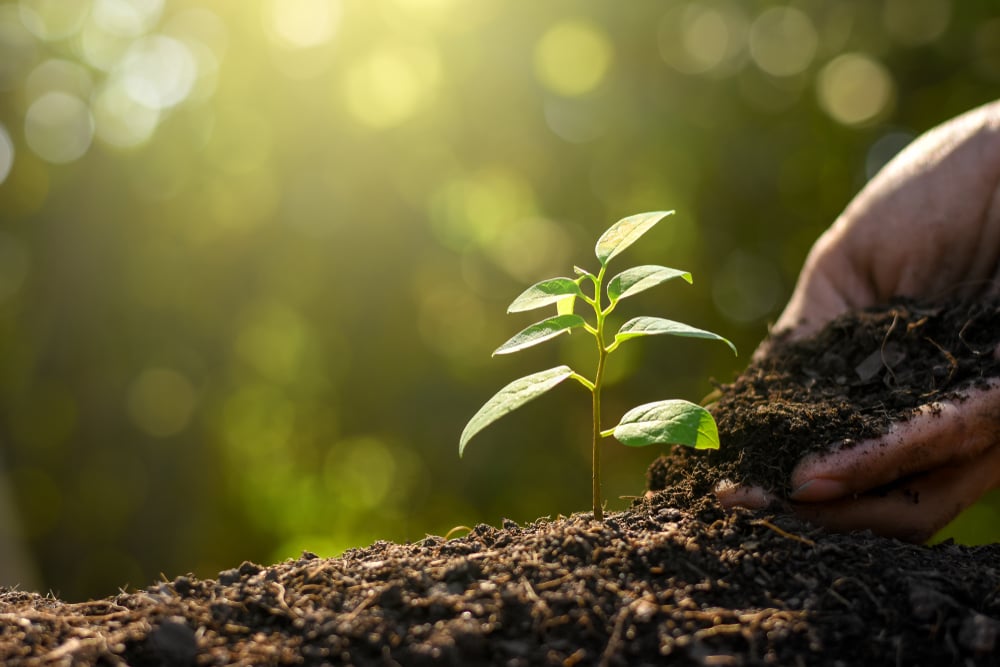 The benefits of planting trees are also seen in retaining soil moisture, improving soil fertility, dietary diversity, and much more. Transformations in drylands are much needed and that can only be done by planting trees. There are organic materials that leaves litter, dropped by trees, which helps the soil fertility, and helps biodiversity. Plant roots fix the nitrogen in the air, which also helps the environment and soil fertility.

Impact of trees on the world 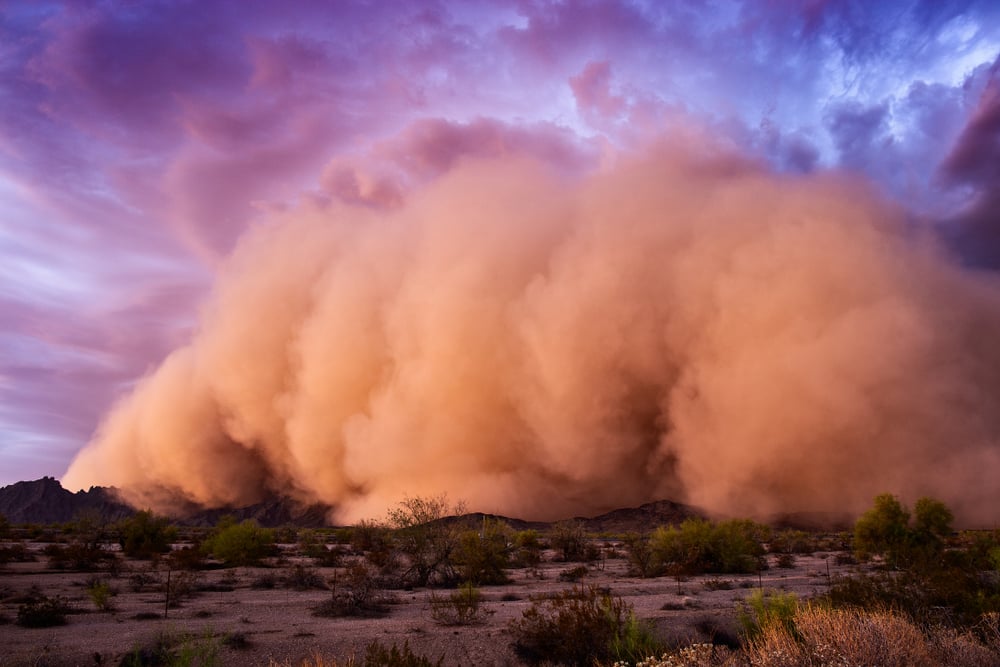 Sandstorms made from dust are a clear and present danger. These natural phenomena are known as "yellow dust". In the simplest terms, defining dust storms are winds that strongly blow loose sand and dirt from places otherwise containing dry soils. These storms, with their appearance, have increased by more than 25% compared to early statistics from the 19th century. They are harmful to people's lungs and skin too.

There is a way to prevent desertification, otherwise known as agroforestry. Not only does it help, but it's cost-efficient too. It's important to educate farmers about the agricultural tools helping to prevent desertification. But, it's not only necessary to know the way, it's only necessary to make it sustainable and usable on a day-to-day basis.

This is but a simple adjustment that has helped a lot of farmers make drylands usable and productive again. 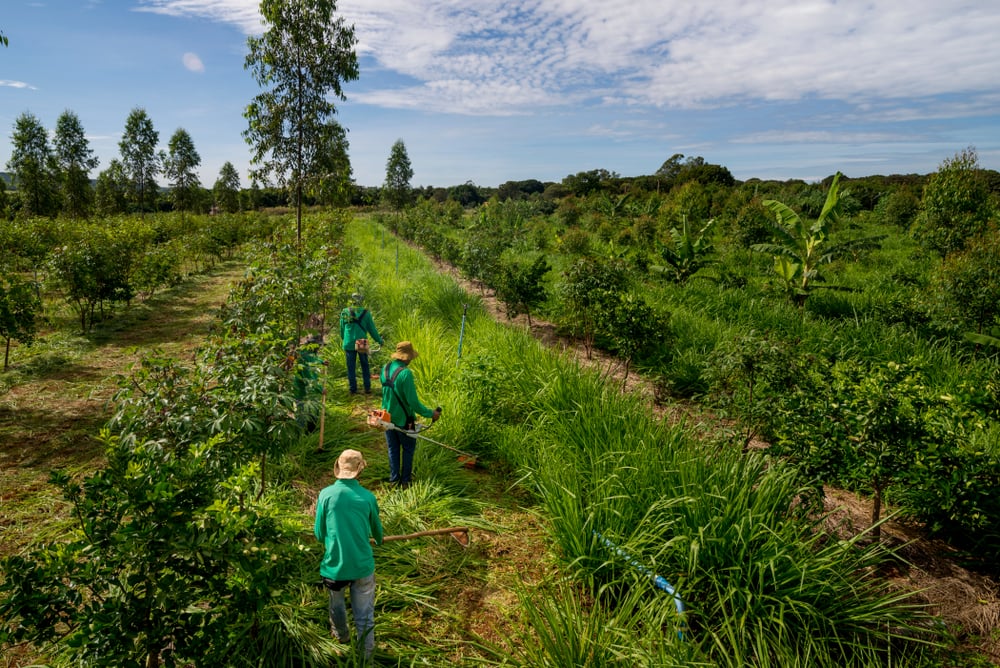 The “Green Wall” method has been finding great success in the battle with desertification. This wall is a version of a method employed by American farmers in the 1930s to stop the Midwest dust bowl.

Nearly 66 billion trees are planted in the “Green Wall of China”. It resulted in decreased desert land by an annual of 1,980 square kilometers. According to a Chinese report, due to this green wall frequency of sandstorms have fallen 20% nationwide.

After China Green wall's success in declining the spread of desertification, Africa started “Green wall” along the border of Sahara’s desert by the financial aid of United Nations Global Environment Facility trust. African Union in 2007, started the project of the Great Green Wall of Africa. 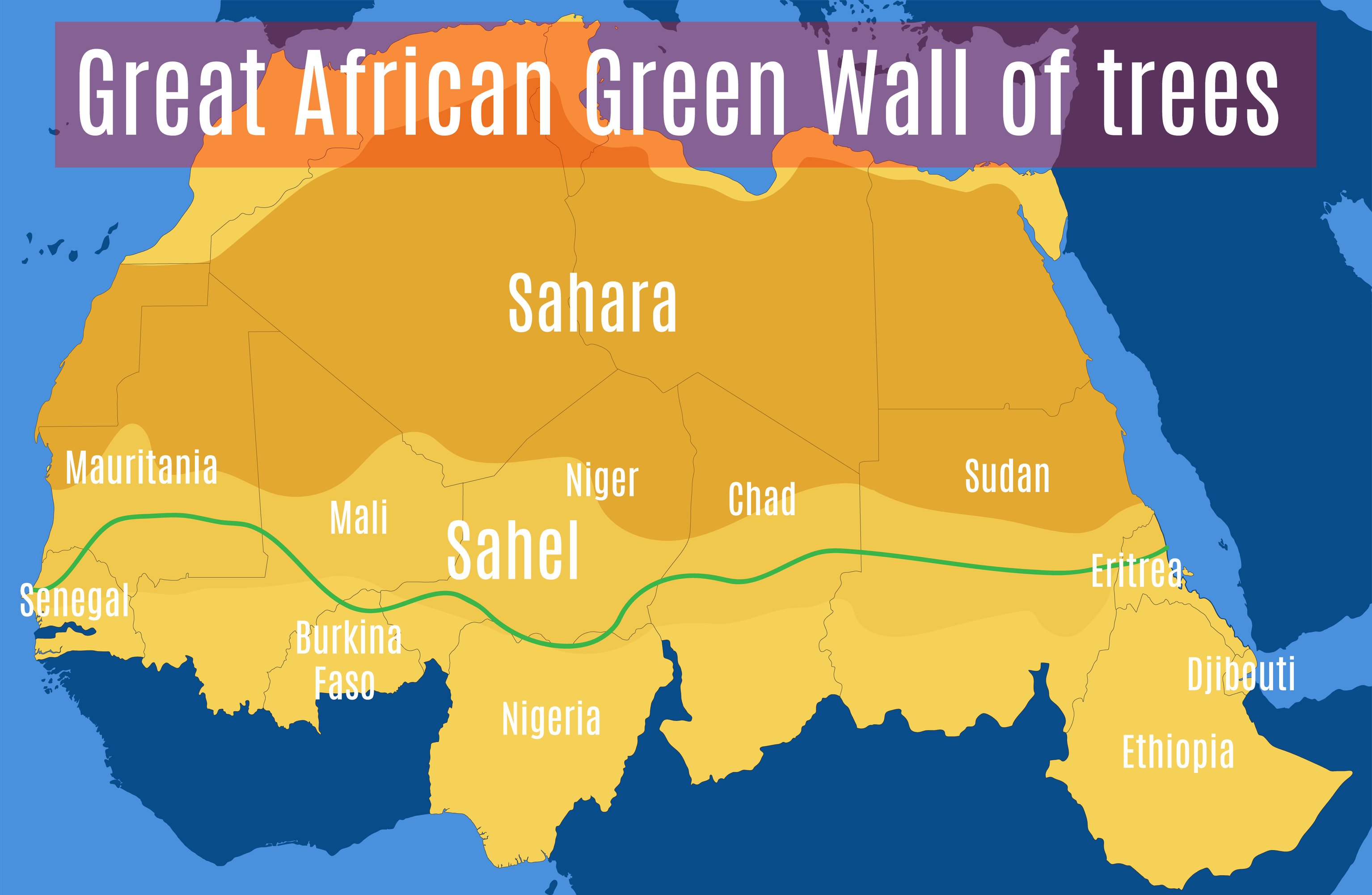 The project has restored 36 million hectares of land, stretching across the entire continent and has 8 billion dollars in project’s support. The initiative plan has to restore a total of 100 million hectares by 2030. This Great Green Wall proved beneficial to fight poverty too. This wall has created 20,000 jobs opportunities in Nigeria alone.

Abdoulaye Wade, Senegal’s president said: “The desert is spreading cancer. We must fight it. That is why we have decided to join in this titanic battle.”

The opposite process of desertification is to plant trees. Even though planting is the solution, there is another problem that comes in the way. The fact that many of these deforested zones are dry and not fertile creates another problem. To help them be fertile and adjusted for planning again, we need to invest time, money, and energy in the drylands. Also, these zones require adequate care and enough water to sustain atmospheric adjustments. The best examples of reforestation are seen in places where commercial forest plantations are done. 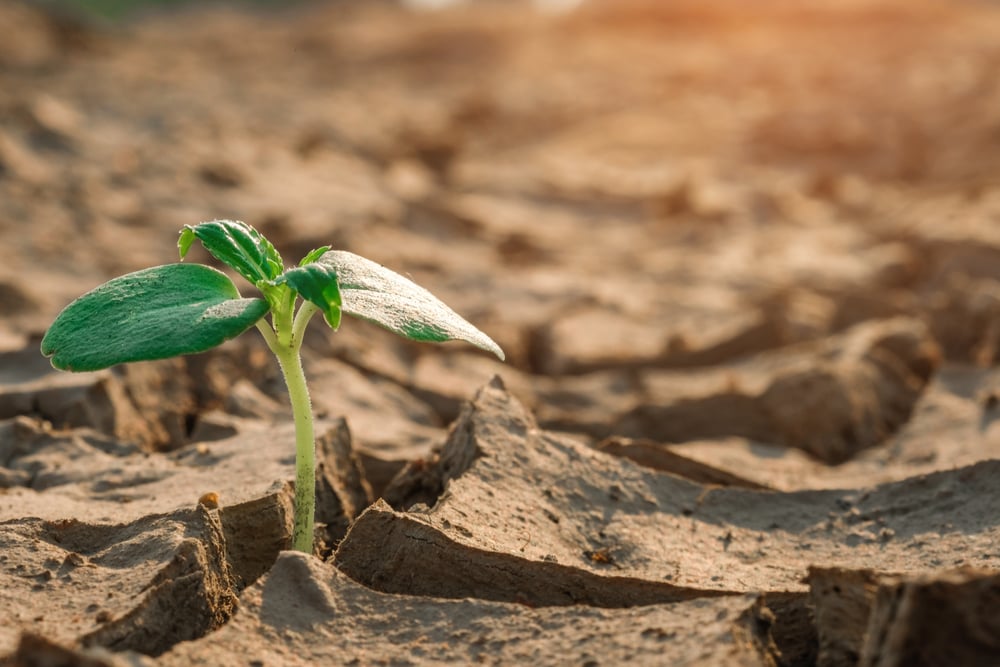 Poor survival rate of trees includes many reasons. Lack of adequate watering and proper care, extreme cutting of trees for example for use of firewood, cutting trees for planting crops and mismatching between species planted on land and local weather. And atmospheric conditions. It’s easy to entice people to plant trees by paying or having a big campaign, but the trees require watering and nurturing for years, and getting people to do that, especially when the trees may be miles from their houses, just doesn’t work. The main successes for tree planting are therefore seen in commercial plantations.

8 Most Rare Trees Found on Earth

7 Most Magnificent Trees of our planet